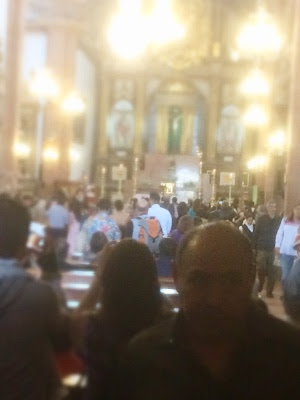 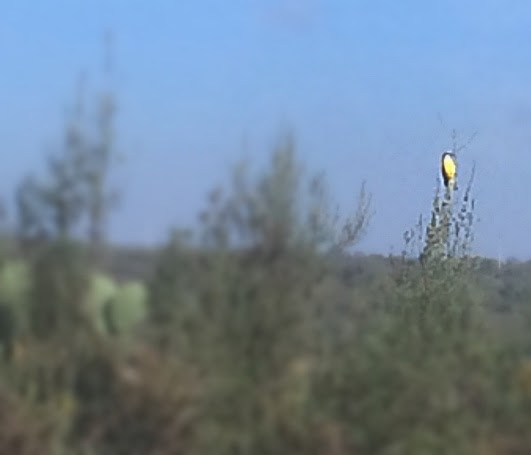 “The right ending is an open door you can’t see too far out of.”–Michael Ondaatje.

It’s time for me to take the trip to Chimney Rock, Colorado where Spiral, the prequel to Sundagger.net, is set. I have to do it in order to write the ending—the right ending. It’s no accident that you, Dear Diary, a decrepit yellow fifty year-old notebook, end with a trip too.

That September of 1964 when I returned from my summer in Provincetown, MA I hadn’t added a single word to my diary or to the 25 pages of a novel I took with me and planned to write. How would l know all those words were not to be abandoned but revived.

There are no entries about leaving home in my diary. Dad must have driven me to the bus station. My mother would have stayed home, crying angry tears, shunning me. She didn’t approve of me going to that godforsaken place, Provincetown. Did I even hug her goodbye? Did she push me away? Did I thank my father for driving me to that dingy Greyhound terminal in the smoky bowels of downtown Pittsburgh? I know I took a brown suitcase because I remember lugging it back home from the airport on two streetcars and a bus at the end of that summer.

My trip didn’t begin pleasantly or easily. I went with Maxine and Carole, fraternal twins, friends of a friend. I can see the small lights over my seat on the Greyhound Bus that night we left. I sat next to Maxine, the older and more gregarious twin. We were on our way to Providence, Rhode Island to transfer to another bus to Cape Cod.

On the bus I would have felt chastened, though stubborn and determined, free. Maybe also frantic, an imposter, with only a few hand-written pages in my suitcase to mark my identity as a writer.  I didn’t know the twins well either. Maxine offered me the paperback she’d brought, a fey, quixotic novel of Anias Nin who I’d never heard of before; Anais proved a seemingly perfect companion through the unknown doorway.

That summer I worked as a counter girl at Howard Johnson’s, renting an old, wooden two-story summerhouse on the outskirts of P-town with the twins. I remember once looking out the smudged window above a double bed I shared with a different twin each week, realizing I wasn’t going to write a single sentence here. I considered throwing my writing out.

How different is the trip I’m planning now, how different and yet the same. I’ve been frightened of and yet determined to travel from Chaco Canyon, N.M. to Chimney Rock, CO where Spiral takes place since I first started writing the prequel five years ago. Chimney Rock is the furthest settlement of the Anasazi culture from Chaco.

I’ve discovered much fascinating research, e.g, light-talking. One of the best resources is Greg Childs’, House of Rain. In this book the journalist Childs replicates the migration route the Anasazi travelled from Chaco north to Chimney Rock, east to Mesa Verde and the Utah Canyonlands, and then south through Arizona and back toward Mexico.

I can’t decide which route I should take from Northern California –going North or South from the Bay Area. I haven’t camped for five years and I’m not talking R/V camping but a 2-person tent where the 2nd spot is usually reserved for my 12-year-old Shepherd. But Ele won’t be coming this time. She’s just too frail and elderly.

When I follow the Anasazi migration route in my 2005 Honda Civic, my manuscript of 300 pages will be right next to me in my front seat. I’ll be scribbling, taking notes from the points of view of my characters, Willow and her son, Little Hawk (who becomes RoHnaan from Sundagger.net). They walk the nearly 100 miles  from Chaco Canyon to Chimney Rocks, following the Anasazi light-talking mounds, small hills in the high desert where the Anasazi signaled messages from great distances using fire and mica mirrors.

At the Chaco Canyon National Historical Park campground, I’ll  face the cracked mesa ridge where Willow waits impatiently for her lover Water Hunter. I’ll walk along Chaco Wash and talk to the crows like she does after Water Hunter abandons her. What would she have seen climbing up Fajada Butte after the despotic Elders to take back her infant son? I’ll see her leave Chaco with Little Hawk years later, sneaking away with a loaded travois and a stray dog.

Their route along the North Road across the desert is gone, just gullies, canyons today. How does the wind feel at night? Will I see the sky crowded with millions of stars that the 12th century Anasazi studied too? Or the bludgeoned skulls of the ancestors that traumatize Little Hawk and his dog inside the Salmon and Aztec ruins?

From Durango in southwestern Colorado, I’ll look for a narrow four mile road leading up to Chimney Rock National Monument.  Can I see the Piedras River from the top of the mountain?  Watch the Standing-Still Moon rise between the two jagged promontories?

Atop this high, desolate settlement, I’ll surely walk along the First Ridge Mesa to the two stone towers. Like Willow and Little Hawk, I’ll be anxious about seeing Grandmother after all those years she was imprisoned in the tower.

Dear Diary, I have reached the end of you. After my trip to Provincetown that first time, I returned to the cocoon of  my junior year at Carnegie-Mellon. From my last entry, September 23, 1964, I see how my spirits are rising “bright and quick” as I realize there was work to be done and I could do it now. Back so long ago I gave myself a job that I still have today. That first journey opened the door.

I just have to open the door a little further, take that trip.

For more about my experiences in Provincetown:

The Poet & The Baby

I hate romance novels and never buy them, never even look at them at the supermarket checkout counter. Why? The very first sentence turns me off. I feel angry. How stupid the writer of this must think me to expect I’ll believe this  preposterous story! The plots are stupid and embarrassing, the settings outlandish, the language trite, the characters cartoonish. “When you’ve read one, you’ve read them all,” as my dad would say. Another word he’d use is “trash”.  According to Wikipedia, “Despite the popularity and widespread sales of romance novels, the genre has attracted significant derision, skepticism and criticism.”

Given all that, why the hell did I subtitle my new novel, Dreamers, a dangerous romance of the ’60s?

Oh, don’t get me wrong. I liked historical romance novels once–when I was young, a pre-teen, maybe as old as thirteen. What I liked (though I didn’t realize it then) was the secret, forbidden, dangerous adventure of sex! Yes, I loved all the twisted longing in the historical romances about pirates, counts, renegades, swashbuckling commanders, deposed kings and would-be outlaws. And oh, how I longed to be their women–those princesses and countesses, those ladies-in-waiting, the half-naked milkmaids and abandoned orphans, so young, so innocent and so beautiful with wet, red lips and long, curling tresses. All those women destined for capture, for adventure in their rags, their voluminous silk dresses, who were seduced and Yes! seduced in turn. I wanted to be them! I reveled in the veiled sensuality, the heated embraces, the–sex.

What is romance anyway? Is it love? Is it illusion? Is it dreams? Is it reality? According to Wikipedia again, the bottom line is that, for a book to be a romance novel, the romantic relationship between the hero and the heroine must be at its core.

In many ways Dreamers is the opposite of romance. Neither the hero, Thomas, or the heroine, Annie, believes in romance nor has faith in the other to provide it.  When he meets Annie accidentally, Thomas, the black actor from Pittsburgh, is mired in a painful, impossible affair with Lana, a rich, self-absorbed WASP from Connecticut. When she meets Thomas, Annie, naive as she is, struggles in a bind of acute family tension, wrapped in a rope of self-criticism too tight to breathe in, much less prevail against.

What is worse, the fact that their relationship is interracial makes all thought of romance a forbidden secret played out in the prevailing strife of the civil rights showdown in ’60s America.

But, though in many ways Dreamers is the opposite of romance, Thomas’ and Annie’s relationship IS the core of the book. What they both believe in is the pursuit of their art; for Thomas, art is theatre. For Annie, art is music.  And they believe in each other.

I’m hoping you’ll fall in love with Dreamers,and that’s why I wrote it.